The information about the Keynote Speakers of ICEENR2020 is as follows, which will be updated regularly. 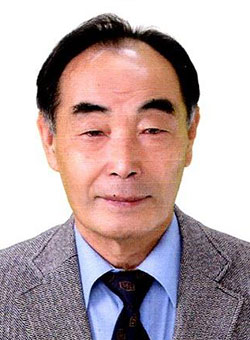 Biography: Dr. Dai-Yeun Jeong is presently the director of Asia Climate Change Education Center based in South Korea. He received BA and MA degree in sociology from Korea University (South Korea), and Ph.D in environmental sociology from University of Queensland (Australia). He was a professor of sociology at Jeju National University (South Korea) from 1981 to 2012, and served as the president of Asia-Pacific Sociological Association from 2002 to 2004, and as a delegate of South Korean Government to UNFCCC from 2003 to 2004. He published 13 books including Environmental Sociology.

Topic: A Desirable Approach to Establishment of Climate Change Policy

Abstract: There are four major agents responding to climate change at a national or local level. They are government, enterprises, citizens and civil organizations. Government responds to climate change by establishing mitigation and adaptation policy, enterprises by green management for improving eco-efficiency through the reduction of ecological cost in the process of producing and distributing goods and services, citizens by eco-friendly behavior in their everyday life through saving resources and energy, and civil organizations by environmental movement through perform as a pressure group to government and enterprises and an educator to citizens. This paper presents a desirable approach to establishment of climate change policy by government, following four stages as below. The first stage is to identify the vulnerability to climate change. The vulnerability is different due to difference in sensitivity by nation and region even within a nation. A desirable conceptual model for identifying the vulnerability will be presented. The second stage is what should be considered for establishing policy on the basis of the vulnerability identified from the first stage. This stage will present how to select the prior vulnerable sector as the targets of policy formulation, how to set up the goal of vulnerable sector to achieve, and what means to mobilize to achieve the goal. The third stage is what type of governance system should be introduced in the process of establishing policy, presenting desirable phases of governance system. This stage will present desirable phases of governance system being employed in the process of establishing optional policies on the basis of social consensus. The fourth stage is how to analyze the effectiveness of policy before and after being launched. Two analytic methodologies will be presented. One is efficiency analysis of financial investment, and the other is effectiveness analysis of all policies as a whole set. 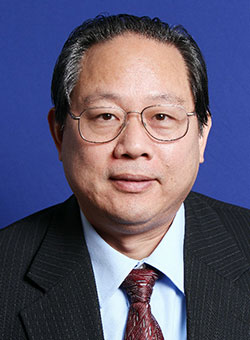 Biography: Dr. James W. Lee is a well-established scientist and educator in the areas of bioenergetics and energy-related biochemistry and technology. His early scientific achievements at the U.S. Department of Energy’s Oak Ridge National Lab received national recognition including the 1999–2004 U.S. Presidential Award honored at the White House. Recently, Dr. Lee has developed a novel bioenergetics theory: the proton electrostatic localization theory with a newly formulated protonic motive equation which enables much better understanding for the biophysical origin of membrane potential in mitochondria. His work has now, for the first time, also elucidated the decades-longstanding bioenergetic conundrum in alkalophilic bacteria. More importantly, through bioenergetics research, Dr. Lee recently discovered an exciting new energy phenomenon: isothermal environmental heat utilization by electrostatically localized protons at a liquid-membrane interface in biological systems including mitochondria. This discovery may have seminal scientific and practical implications bettering the fundamental understanding of energy renewal for sustainability on Earth.

Abstract: This study employing the latest theory on electrostatic proton localization has now, for the first time, consistently elucidated a decades-longstanding bioenergetic conundrum in alkalophilic bacteria, and more importantly discovered an entirely new energy feature: isothermal environmental heat utilization by electrostatically localized protons at liquid-membrane interface. It was surprisingly revealed that the protonic motive force from the isothermal environmental heat utilization through the electrostatically localized protons is not constrained by the overall energetics of the redox-driven proton pump system because (i) the localized protons are not free to move away from the membrane surface, (ii) the proton pumps embedded in the cell membrane extend beyond the localized proton layer, and (iii) the protonic inlet mouth of the ATP synthase that accepts protons is located within this layer. This work has now, for the first time, shown that biological systems can isothermally utilize environmental heat through electrostatically localized protons to drive ATP synthesis. This discovery may have seminal scientific and practical implications bettering the fundamental understanding of energy renewal for sustainability on Earth. 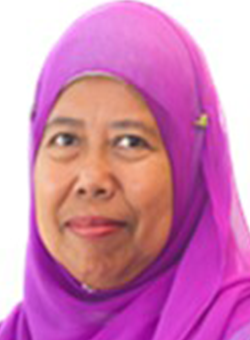 Biography: Dr. Noorhana Yahaya is a Professor at Fundamental and Applied Science Department of Universiti Teknologi PETRONAS. One of the most significant impact of her research is the breakthrough in fertilizer research which entitled ‘Next Generation Green and Economical Urea’ via the Long-Term Research Fund provided by Ministry of Higher Education (MOHE). This project was developed due to the concern and need of Green Technology to synthesis urea fertilizer. Green Urea has grabbed the national and international interest. In 2017 she grabbed the ‘Best Inventor Award’ by the International Federation Inventor Association (IFIA) through International Technology Exhibition (ITEX) which was held in Kuala Lumpur. Green Urea project also bag gold medals from Nuremberg, Germany as the ‘Best Green Invention’ under iENA the International Trade Fair Ideas-Inventions-New products and three more from national level research competitions. She has also organized various programs and the recent one is ‘Executive Leadership Program’ with the collaboration with University of Cambridge, UK to enhance leadership qualities among university management committee and academicians. Besides that, she has been invited to officiate and appointed as key note speaker for national and international conferences such as in Paris, London, Algarve and Barcelona. She is actively involved in National STEM Movement and ASEAN STEM Movement to cultivate the scientific culture among the younger generation.

Abstract: Fertilizer production consumes approximately 1.2% of world's energy usage and is responsible for the same magnitude (1.2 %) of the total greenhouse gases emission. Typical urea production requires high energy input, approximately 450oC and 250 bars. This motivates the research to have lower energy-intensive urea production. This game changing technology, from a resource to a knowledge-intensive based industry investigates a new synthesis approach employing electromagnetic induction and nano-catalyst at lower energy consumption. The clean and green method is for sustainable future that might change the landscape of future chemical processes. However, this is made possible due to the enhancement in nanotechnology where quantum mechanical understanding is called into play. New reactor designs are elaborated and discussed explicitly. Hematite and nickel oxide nano-catalysts were proposed for the green urea synthesis process, in the presence of static and oscillating magnetic fields. Strategies to increase single to triplet conversion rate is done for better understanding for the improved urea rate. The focus on scrutinizing greenhouse gas effect on the urea yield, in this case CO2 flow rate is deliberated explicitly. Coating techniques for slow release strategies are done to reduce the volatilization of ammonia and leaching effect hence a complete solution of Green Technology.